Posted by Matt McCormick on November 1, 2021

We fix quite a few iPads for schools through our sister company (TechUnwreck) and have some thoughts on why, if you're buying in bulk, you should purchase an iPad that has, as Apple calls it, a non-laminated screen instead of a laminated iPad screen. The reason is simple. iPads with laminated screens (like an iPad Pro) are much more expensive to fix than iPads with a non-laminated screens (like an iPad 7 or 8). If you're buying devices in bulk, your users will break them, so it's important to have a plan for when that happens. 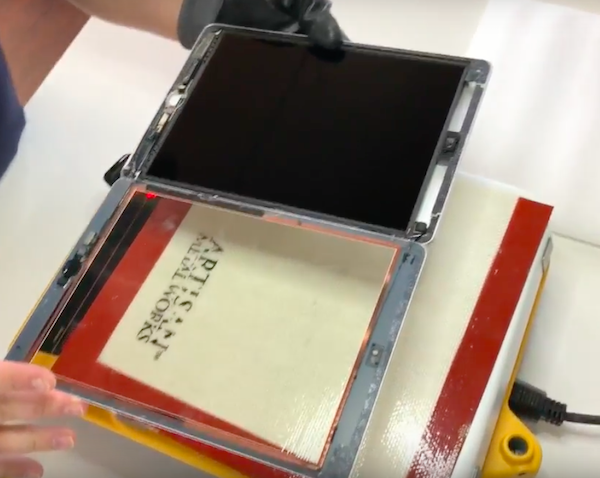 The picture shows a non-laminated iPad screen. You'll see that the front glass is separate from the LCD. This means when the front glass is broken, you can pull the glass off and replace it without having to replace the LCD. The front glass generally costs between $10-$20 and is fairly easy to find online. The process of removing the glass is not too difficult with the right tools and training. A lot of companies (including us) offer the service for a reasonable fee.

The disadvantage of this type of screen is that it makes the iPad a bit thicker and the picture quality isn't quite as good under some light conditions. You can get a reflective glare from the gap between the glass and the LCD. 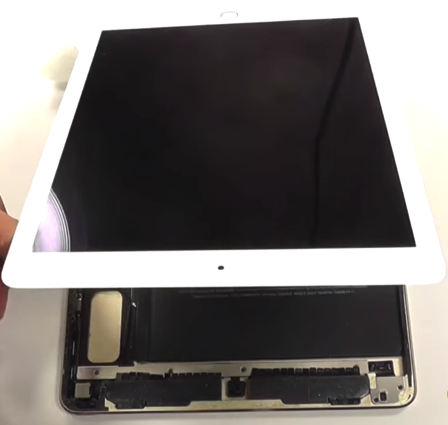 It might be hard to tell from this picture but a laminated screen has the LCD and touchscreen glass fused together as a single unit. When the front glass brakes, even if the underlying LCD is fine, the entire screen assembly must be replaced. Since it's the LCD that is the expensive part of the screen assembly, the repairs on laminated iPads are much higher than non-laminated versions.

The advantage of the laminated design is a slightly thinner iPad, a bit better picture quality, and less glare.

If you're purchasing iPads in bulk, there are two big pricing factors to consider: the cost of the device itself and the cost of screen repairs (by far the most common breakage). In both cases, the non-laminated screens win big. For example, Apple's bulk pricing for schools list the most recent iPad Pro 12.9" pricing to be $999 compared to $299 for the 8th generation iPad.

Now what about the repair costs? A 3rd/4th generation iPad Pro 12.9" screen will cost you about $150. Remember, even if just the glass is broken you will need to buy the entire assembly (don't be fooled by sites that are selling just the glass - you won't be able to replace it). And how about a non-Laminated iPad screen? The 8th generation iPad front glass is less than $20.


If you want the absolute best visual technology and price isn't a major concern, you should choose a laminated screen like the iPad Pro. It's a great device but expensive - both to purchase and repair.

However, if you're a school or business or just a frugal person wanting a solid tablet, I recommend Apple's non-laminated iPad model. It's a high-quality device that's affordable to purchase and much less expensive to fix when the screen cracks.